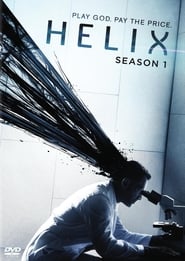 The Scythe is revealed to be the immortal Spencer Chiswick, Constance Sutton’s 16 year old son. Alan and Hatake lure Spencer and one of his agents outside where they plan to lay a trap; Hatake throws a canister, allegedly containing the virus, onto the snow and causes one of Spencer’s operatives who attempts to retrieve the virus to fall into a chasm. Spencer learns Julia is Hatake’s daughter and abducts her. He gives Hatake a choice of lives to save—Julia’s or Daniel’s, but Daniel sacrifices himself. Julia realizes that a package Spencer brought with him contains her mother.