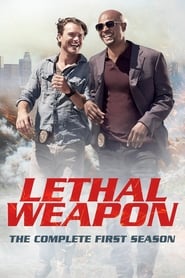 Riggs and Murtaugh are forced to work with DEA agent Karen Palmer again, to protect Leo Getz, an ambulance chasing attorney who was linked to the Cartel. As the three delve further into the case, they begin to realize that Leo may not be the only one with a target on his back. In the meantime, Riggs begins to view Agent Palmer in a new light while Murtaugh is left worried after Trish makes a spontaneous decision.

Episode Title: As Good as It Getz