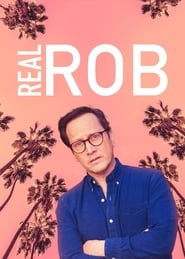 After accidentally hitting a guy with his car, but getting excused and accommodated for by the police, Rob finds himself in more situations where he gets preferential treatment for being a celebrity, which angers Patricia. But not all incidents go his way when a barista later gets offended by his tip and a plumber wants to overcharge him. Patricia orders costumes for her male revue dancers. Rob lands a circus role as a mime but when he imitates an audience member with special needs, he gets decked and watches as David Spade gets preferential treatment at the hospital.